What do leadership and learning to swim have in common?

Mark Vernooij of the Thnk School of Creative Leadership explains that when it comes to leading, you just need to take the first jump.

Despite originally training as an engineer, Mark Vernooij entered the world of entrepreneurship at a young age. He launched a number of companies before, during and after university, he tells me, after which he spent a decade working in growth and innovation consulting at Accenture and McKinsey.

He met the founders of the Thnk School of Creative Leadership in 2011. Now, he’s one of four partners at the organisation. He spends his time running it and rolling out custom programmes for companies around the world.

He also works with a private equity fund in the Netherlands, where he’s responsible for innovation and sustainability, as well as with the World Economic Forum Expert Network on innovation and leadership in the fourth industrial revolution.

‘Thnking’ for the future

Vernooij takes me through the story of Thnk. “When we started, we noticed that the world was suffering from a couple of really big challenges,” he says.

“Today, we call them the sustainable development goals. Back in those days, we called them societal challenges. And our view was that, probably, the type of leaders that were being created in many of the business schools were maybe not the leaders that were going to solve those problems.”

So, the company set out to develop and support the kind of leaders who could. They designed a school for training the leaders of the future. This was not about management, Vernooij tells me, but creativity. It was about finding other ways to do things.

“You can’t solve the problems with the kind of thinking that created them in the first place. That was the idea and that’s still what we do.” 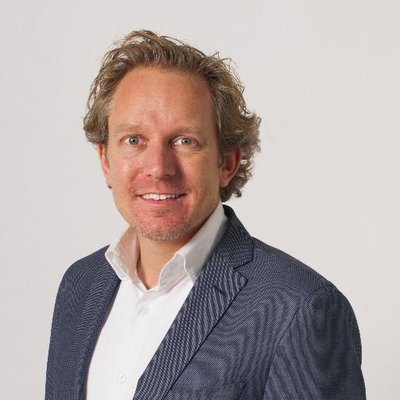 Thnk supports leaders-in-training in two ways. They can sign up to specific programmes to learn about creative leadership, or companies can commission a tailored programme that are custom-made for their staff.

“We work for all kinds of companies, from tech companies in the US and NGOs in Switzerland to multinationals around the world and cities in the Middle East,” Vernooij says. “And sometimes we do it in partnership with some of the big universities and other organisations.

“And in all these programmes, what we do is ‘action learning’. We don’t lecture, we don’t do case studies, we don’t have exams. We learn in context.”

Sessions are highly interactive, Vernooij explains, where participants work through challenges they each bring from their real lives. Among the attendees are people in the middle of their careers right up to executives.

What makes for a successful leader?

So, what does Vernooij see as the most important aspects of a modern leader? “There are many ways to look at this and there’s no one answer,” he says, “but my first thought is that leadership is extremely contextual.

“There is a big difference between management and leadership. Leadership has to do with the ability to set and create a creative, bold vision for the future; something that you can aspire to, something big enough to fuel energy, something exciting enough that people go with it and join you on that path, and something that’s still open enough for people to co-create.

“The second thing is to be able to make steps onto that journey. Just having an idea or vision is nothing without starting on that journey. Making concrete steps and being agile in your ways is how you achieve that vision.

“The third thing is to do all of that with other people in context. In our interconnected, fast-changing world, you cannot do anything by yourself. You have to do it in some kind of partnership or some kind of network, or at least with people that will help you out.”

When I ask Vernooij for his advice for aspiring leaders, he emphasises what leadership really means to him: “For me, the word ‘leader’ does not refer to a title, a position or a level of seniority. For me, leadership is an act or a mindset. Everyone at every level in every industry, in every vertical and every department, can be a leader.”

Leaders, he continues, are able to create a vision, define some next steps and rally some people around it. They require both a changemaker mindset and an entrepreneurial mindset.

“It might be a little bit smaller, but there’s no reason why starting is going to be easier later on. I talk to people who are in their late 50s and are still asking ‘how do I start being a leader?’.

Is there a positive side to having imposter syndrome?
Manufacturing bodies to get Irish workforce ready for industry 4.0
Talent gaps are stalling innovation in the tech sector, survey says
Survey: Hybrid working preferred by employees but leaders have doubts