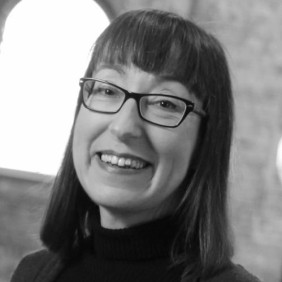 Ann O’Dea is CEO and co-founder of Silicon Republic, Europe’s leading technology and innovation news service, reporting online since 2001. Ann was the driving force behind Silicon Republic’s Women Invent campaign, launched on International Women’s Day 2013, to champion remarkable women role models in science, technology, engineering and mathematics (STEM), and to help tackle the gender gap in the knowledge industries. She was the founder and curator of Inspirefest, a unique new international sci-tech event, which grabbed headlines for disrupting the traditionally homogenous tech conference calendar. Today, that event has evolved into Future Human an event that aims to showcase the leaders building the products and services for a new tomorrow. Ann is a fellow of the Irish Computer Society and the Institute of Art, Design & Technology. She received a Net Visionary award from the Irish Internet Association in 2015 for her work on ensuring the visibility of remarkable women role models in her industry, and was named ‘Media Woman of the Year’ at the Irish Tatler Women of the Year Awards 2014. In 2015, she was the first woman to be inducted into the Irish Internet Association’s Hall of Fame. Ann sits on the advisory board of TeenTurn, which secures internships for under-represented youths in tech and scientific organisations. She is a sought-after speaker and moderator at tech and STEM events.