TikTok is rolling out a new feature that aims to reduce the spread of misinformation in areas such as health and civic processes. The feature, named Know the Facts, will arrive in the US and Canada today (3 February) and will land in the UK on 22 February. It will then launch in other global locations in the coming weeks.

A trust and safety product manager at the company, Gina Hernandez, wrote a blog post on the new feature. She said that TikTok takes the “responsibility of helping counter inauthentic, misleading or false content to heart”.

TikTok made a number of efforts against misinformation last year. During the US election, it expanded its fact-checking partnerships with PolitiFact and Lead Stories to help verify information.

In December, it implemented app updates that directed users to “authoritative information” about the Covid-19 vaccine from experts on the topic.

“If fact checks confirm content to be false, we’ll remove the video from our platform,” Hernandez said. Given the pace of the news cycle and events taking place in real time, however, this isn’t always enough. “Sometimes fact checks are inconclusive or content is not able to be confirmed, especially during unfolding events.

“In these cases, a video may become ineligible for recommendation into anyone’s ‘For You’ feed to limit the spread of potentially misleading information. Today, we’re taking that a step further to inform viewers when we identify a video with unsubstantiated content in an effort to reduce sharing.”

So how will the feature work? Hernandez explained that if content has been reviewed but can’t be “conclusively validated”, users will see a banner appear on the video. If a user tries to share the flagged video, they’ll get a reminder that it has been flagged as unverified content. 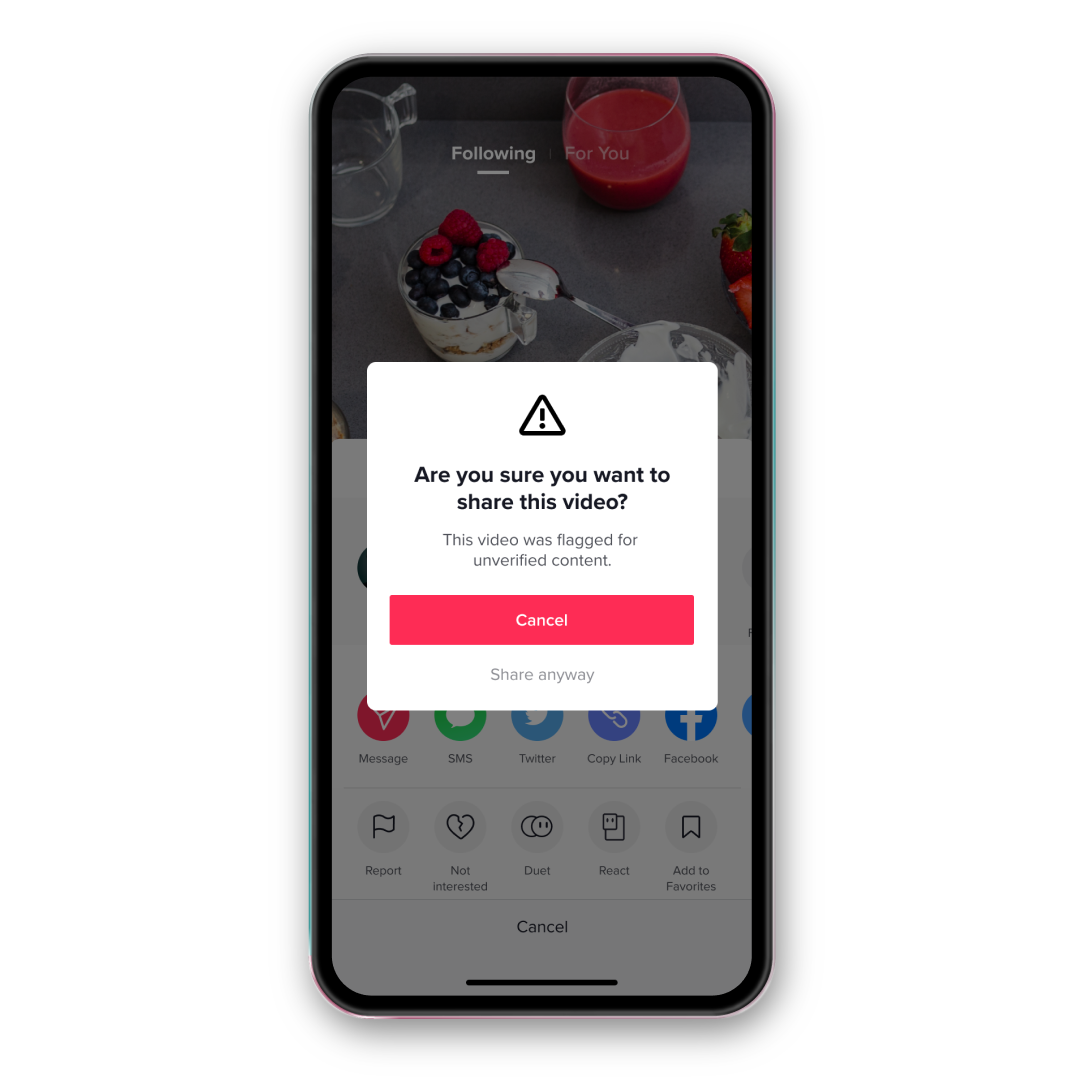 “This additional step requires a pause for people to consider their next move before they choose to ‘cancel’ or ‘share anyway’,” Hernandez said.

She said that while Know the Facts was in testing, the rate at which users shared videos decreased by 24pc and that likes on “unsubstantiated content” dropped by 7pc.

US and allies warn of Russian cyberattack threat to critical infrastructure

Tier speeds up its global micromobility dominance with latest acquisition