Why technology needs people ‘with a track record in supporting women’

We spoke to Neil Brady, co-founder of CaliberAI, about the importance of encouraging more women to apply for jobs in technology.

The issue of diversity in tech is by no means a new conversation. Around one-quarter of STEM graduates in Ireland are women, and this figure is even lower for tech-related fields.

According to a report published by the Institute of Coding last October, which surveyed 16 to 18-year-olds in the UK, more than half (56pc) said the tech industry needs to be more diverse and inclusive, and 41pc said there is a lack of woman leaders in the industry.

Because they don’t see themselves represented in technology jobs, one in 10 of the young people surveyed said they had been discouraged from pursuing a STEM career.

Whatever the reason, encouraging diversity can still be a challenge for tech employers. One example is the situation highlighted in a recent tweet from Neil Brady, co-founder of Dublin-based start-up CaliberAI, expressing his disappointment at receiving just two applications from women for an open position.

Having gotten 27 applications in total for the job – a machine learning engineer role – Brady took to the social media platform to air his concerns, writing “something not right there”.

Brady set up CaliberAI with his dad, Conor, under Enterprise Ireland’s commercialisation fund as a Trinity College Dublin spin-in. Their goal is to support publishers with tools that can flag potentially defamatory or toxic content using AI.

The two are evidently passionate about the topic, given Brady’s background as a journalist and digital policy analyst, and his father’s 15-year stint as editor of The Irish Times.

With this tweet, Brady told us, he was hoping to “get a conversation going” on why less women are applying for tech-related roles than men. “I was just quite astounded, really, that out of the 27 applications, we only had two women,” he said. “Obviously, there is a skills shortage generally, but I just thought that was particularly low.” 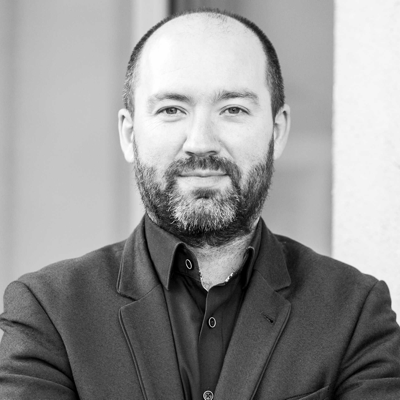 Technology that can amplify biases

Beyond the obvious impacts of a male-dominated workforce, Brady highlighted some tech-specific areas that concern him. “I think probably the biggest problem that I see coming out of this – if you accept that it exists – is the construction of technology that can amplify or reinforce the kinds of biases that we that we’re talking about here,” he said.

“I think you could already see this in one particular issue – the use of badly tagged word embeddings in automated advertising networks so that particular jobs are shown to men more than women and women more than men, and so on. I think that’s a really big concern, particularly in relation to AI and machine learning.

“More generally, I think if technology isn’t imbued with the kinds of values and priorities that are reflective of those of women as well as other groups and demographics, well then I think it stands to reason that that technology is unlikely to serve them well,” he added.

How can we make it clear to women that they have a place in the tech community? One step towards that, according to Brady, is making sure you include them in the conversation.

“I find that it’s just kind of intelligent utilisation of existing connections and resources, like the tweet I sent out. I have a fair bit of connectivity with women who would advocate for women’s rights and representation,” he said.

“And then on our advisory board, we have Margaret Ward. She runs multiple women’s rights advocacy movements. And I prioritise checking in with her.

“So, I think probably talking to people and taking counsel and then using those learnings.”

CaliberAI’s inclusion of Ward on its panel of advisors – alongside Onora O’Neill and Karyn Harty – touches on what Brady believes is “probably the single most important factor” in getting more women into tech roles.

“I suppose probably the single most important factor is policymaking at senior levels,” he said. “You know, they determine education, educational priorities and whether or not to do things like push for quotas in certain areas.

“I also think the construction of technology increasingly needs to be built by people with qualifications in the humanities, who have studied ethics, or know the history of universal suffrage. Who can think critically, essentially.

“Related to this, I think that that construction needs to be increasingly led by people with a track record in supporting women, and a proven capacity to set aside bias and be objective – or at least as objective as is humanly possible! I think we have that at CaliberAI in spades, through our advisory panel in particular.”

‘A push and pull thing’

Brady emphasised that efforts need to be driven by people on either end of the scale: “I think it’s also important to recognise that it can be a ‘push and pull thing’.

“Women need to take responsibility for fighting their corner, and take opportunities to speak out on these issues, apply for jobs that they might be lacking in confidence about and just do whatever they can to further that agenda. Meredith Whittaker very much comes to mind.”

‘The construction of technology increasingly needs to be built by people with qualifications in the humanities, who have studied ethics, or know the history of universal suffrage’
– NEIL BRADY

And that’s something he hopes will happen with future applicants to CaliberAI. In relation to the machine learning role mentioned in his tweet, Brady said: “Our first priority with that, obviously, is that they have the right skills. And we’re looking for people with practical machine learning experience. But I would very, very much like to make sure that person is a woman because, so far, we’re a male-heavy team.”

Alongside the machine learning engineer CaliberAI is hiring for, Brady told us that the team is on the lookout for at least one other person for a data annotation strategist position.

“The kinds of people we’re looking for are ones who understand that public discourse, news publishing and democracy have been hugely damaged by the loose regulatory environment in which Big Tech has operated over the last two decades.

“People that want to both help fix that, and make sure we don’t repeat those mistakes going forward, particularly as machine learning continues to extend its reach.”