IWish co-founders Caroline O’Driscoll and Ruth Buckley discuss their careers in tech and why they host annual conferences for girls in STEM.

Caroline O’Driscoll and Ruth Buckley value the importance of getting young women and girls involved in the world of STEM – so much, in fact, that they juggle their busy day jobs with hosting annual conferences in Dublin and Cork to give a platform to female role models.

As O’Driscoll puts it: “The conference is about female role models telling their STEM story, and it is so powerful. Girls tell us that they need someone to aspire to, so we give them that.”

O’Driscoll is a corporate and international partner at Deloitte, while Buckley is the chief information officer for Cork City Council. Together with Gillian Keating, they founded IWish out of concern for the “startling lack of young women pursuing careers in STEM”, according to O’Driscoll.

“There are simply not enough girls pursuing STEM careers. Less than 25pc of the STEM workforce in Ireland are women and if you delve further, less than 20pc in the technology sector,” she adds.

“The aim of I Wish is to disrupt that, to disseminate information, to introduce amazing woman role models, and to empower girls with the confidence to know that there are no limits.”

And, she continues, that’s even more pressing as automation becomes more prevalent in many sectors. “It is estimated that millions of jobs will be lost globally because of these advancements, but the thing that frightens me is that those job losses are predicted to fall disproportionately on women as they are not pursuing these careers. We must change the dial.”

‘I have learned to say no more often’

How do they manage the array of tasks that accompany full-time jobs and their dedication to IWish? For O’Driscoll, there’s nothing like an old-fashioned diary and written to-do list to keep track, while Buckley emphasises the importance of not “overbooking”.

“I have learned to say no more often than I used to. I work to live – it’s an important part of my life, but it’s not my entire life. And I am all the more effective when I balance it well,” Buckley says.

But it took lots of learning throughout their individual career journeys to get to this point. Buckley reflects on her biggest mistake, describing how she “totally underestimated the resistance to change amongst a very senior team, and learned that resistance has many forms but is almost always inevitable”.

Meanwhile, O’Driscoll notes the importance of learning through challenges. “When I look back, of course I sometimes wonder if I would have done certain things differently – or earlier – if I had my time back again. But here is the thing: you only have one shot at life,” she says.

“I prefer to look at life as a learning opportunity – there will be good days and bad days, but always a chance to learn about myself and others.”

Praise in public, question in private

Something they’ve both learned along the way is the importance of good communication with team members and gratitude for their work. O’Driscoll stresses how “the power of a simple ‘thank you’ should never be underestimated”, and Buckley adds: “Praise in public and – as necessary – question in private.”

Recommending some reading that has helped her, O’Driscoll says: “At the moment I am reading Invisible Women [by Caroline Criado-Perez]. The sub-title reads ‘exposing data bias in a world designed for men’. I probably don’t need to say any more than that!”

‘I prefer to look at life as a learning opportunity – there will be good days and bad days, but always a chance to learn about myself and others’
– CAROLINE O’DRISCOLL

Buckley, meanwhile, has a varied reading list. “For professional life, an oldie but a goodie – The 7 Habits of Highly Effective People by Stephen Covey. For a lady geek heroine – the Lexi Carmichael series by Julie Moffett,” she says.

“For self-compassion – The Gifts of Imperfection by Brene Brown. To frighten the bejaysus out of yourself – anything by Stephen King. And to laugh – any of the Stephanie Plum books by Janet Evanovich, or Marian Keynes.”

Before IWish came to fruition, what set O’Driscoll and Buckley on the paths that led them to this point? They both mention the part their families have played, accompanied by a passion for problem-solving and fuelling positive change.

“I probably bring it back to my daughter, who was three when I embarked on the IWish journey with Gillian and Ruth,” O’Driscoll says. “I could see the opportunity in STEM, but I realised that there was a risk she would not participate in the jobs of tomorrow, at least statistically speaking.

“As her mum, all I want for her is equal opportunity of choice. To be a computer programmer or a nurse, to be an engineer or a ballerina – to have a real choice and not be limited by what society thinks she can be.

“Our ethos at IWish is choices, chances, changes – to give every girl real career choices, to give her a chance to succeed, and for IWish to be that agent of change.” 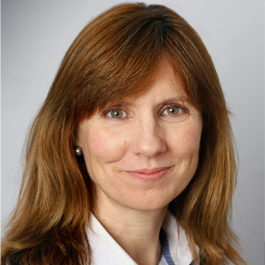 The impact of role models

There were other life experiences that motivated the two women to focus on helping girls get involved with STEM.

For Buckley, her days at college and in early jobs had a big impact. “The male to female ratio in my computer science degree class in the late ’80s was 2:1, which wasn’t bad,” she says. “But, at the same time, in engineering there were 48 engineers and only three women. The majority of programmers were and are still male.”

After that, during the early stages of her career, Buckley describes her “first lady boss, Irene Enright” as someone who helped with her self-confidence in the field.

“She just said it as it was – no BS – and delivered amazing complex ICT projects with teams of women and men,” she says. “I will always remember one meeting where I was a very lowly junior programmer, listening as two hotshot men from a very expensive and exclusive consultancy company expounded on a solution which sounded great, but horribly complex and beyond my grasp.

“I assumed that I was at fault because the great and the good around the table – men – were nodding in agreement. Irene smiled and, with great sincerity and not an ounce of apology, said: ‘I don’t understand what you are saying’.

“It was a joyous moment for me when I realised this highly accomplished woman was not afraid to call it as she saw it. She was not prepared to fall into the trap of ‘the emperor has no clothes’. She was right.”

O’Driscoll’s role models, she says, included Mary Robinson because of “how she intelligently modernised the office of president to have a real impact”.

“Later in life, meeting my IWish co-founder Gillian Keating quite possibly changed my life and gave me a bravery and confidence I didn’t know I had. I owe so much to her,” she adds.

“Today, I look to the girls who attend IWish as they really inspire me to keep going on what has been a mad but amazing journey – I feel this huge sense of responsibility to enable every girl to live her brightest life.”