Which EU country has the widest gender pay gap?

The European Parliament has published an infographic detailing the current state of the gender pay gap in EU countries.

With International Women’s Day coming up this weekend, the European Parliament has published information on the gender pay gaps that still exist throughout the EU.

Overall, women in the EU today earn 15pc less than men on average, according to the European Parliament. This is despite more women completing higher education than men in the EU.

However, there are significant differences between member states. At 3pc, Romania currently has the smallest gap, while Estonia has the widest, at 23pc.

The Parliament notes, however, that countries boasting smaller pay gaps aren’t necessarily more equal, as there are multiple complex factors at play. Less women may be in employment in some of these countries, for example.

For countries with a wider gap, the reasons for this can include having more women than men working either in low-paid industries or in part-time roles.

The gap also transforms as workers age, according to the findings, typically widening as people progress through their careers. This means that for EU women, there’s a greater risk of poverty as they reach old age.

In 2018, for example, EU women over the age of 65 received pensions that were on average 30pc lower than those of men.

As the European Parliament points out, 2020 marks 25 years since the UN Beijing Declaration for the advancement of women around the world was adopted, 10 years since UN Women was established to further gender equality across member states, and five years since the Sustainable Development Goals were implemented.

To help visualise the current state of the EU’s gender pay gap at this time, the European Parliament has created an infographic with a breakdown of the differences between average gross hourly earnings of men and women across the region.

Check it out below or click here to view it as a larger image. 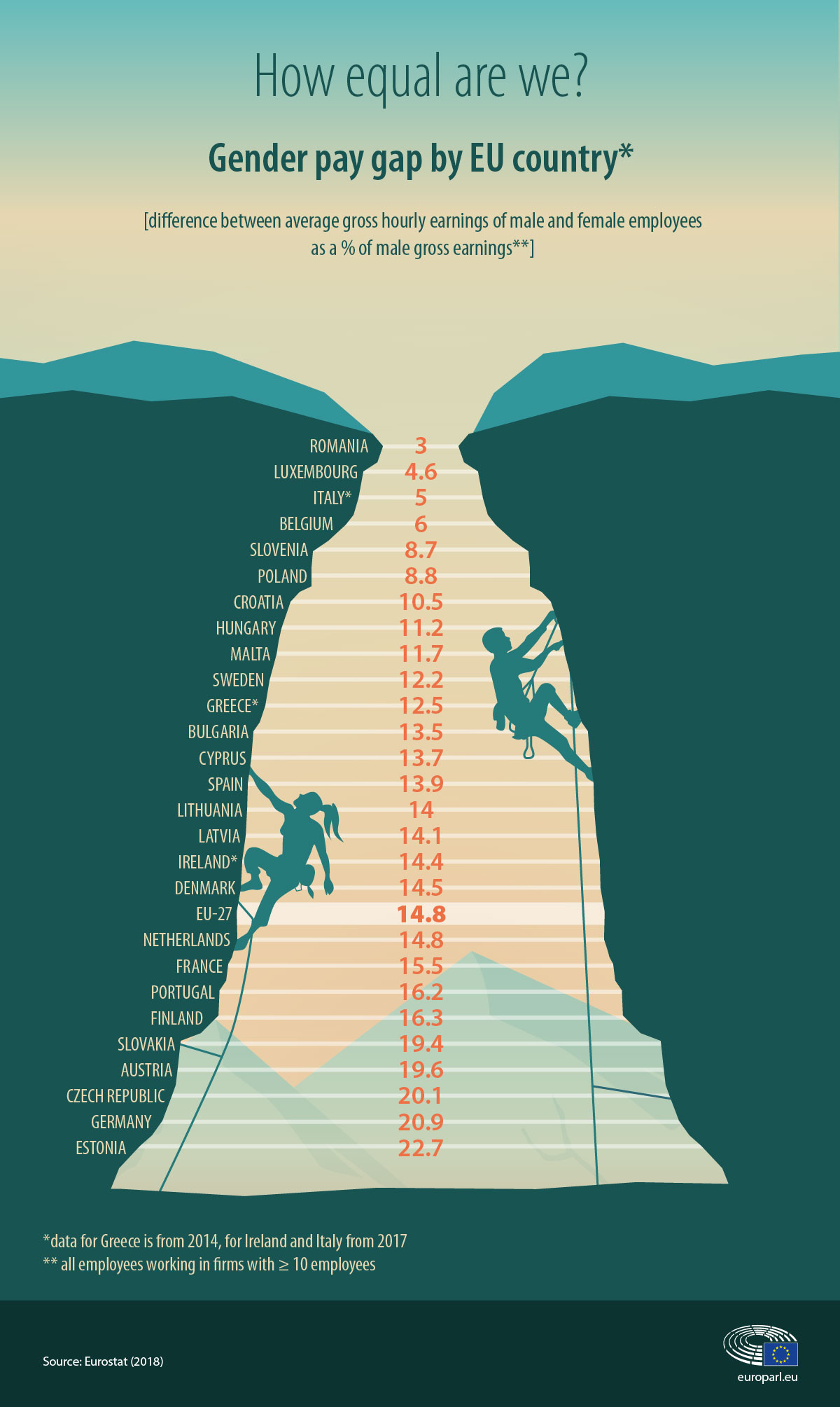 Recruitment 2022: Salaries to rise as 82pc of people consider career move
20 years of diversity and inclusion: How far have we come?
Tech roles saw most significant salary increases in 2021, says Hays Ireland
30pc target for women on ISEQ 20 boards surpassed this year