Which EU countries have the most people working from home?

Working from home has been growing in popularity in recent years, but how often does it actually happen? And which countries have embraced it more than others?

The choice to work from home is something many employees want, for a range of reasons. Whether it’s to make minding children that bit easier or to facilitate another aspect of one’s personal life, it’s something that has fortunately become more possible for a lot of people in recent years.

But how often does it actually happen? And which EU countries have adopted this way of working?

Eurostat has released a chart showing the amount of people who work from home in European countries. The data is based on a 2018 analysis carried out by the European Commission.

In terms of the countries where working from home is more common, the Netherlands tops that list with 14pc of employees saying they worked from their home office on a regular basis, and Finland wasn’t far behind with 13.3pc reporting the same.

In general, the European Commission found that 5pc of people between the ages of 15 and 64 are regularly working from home across the EU. And that number, it said, has been consistent over the last 10 years.

But in parts of Eastern Europe, however, rates are much lower than average. The lowest rates found were in Romania and Bulgaria, both of which had less than 1pc of respondents saying they work from home.

Though the option to work from home might sound likely to be more popular among younger employees, research found that the opposite is true. In 2018, less than 2pc of people aged between 15 and 24 worked from home in EU countries. For those aged between 24 and 49, that number jumped to 5pc, and grew to 6.4pc for 50 to 60-year-olds.

Eurostat’s infographic highlights the differences between EU countries, as well as Iceland, Switzerland, the UK and Norway. Check it out below or click here to view it as a larger image. 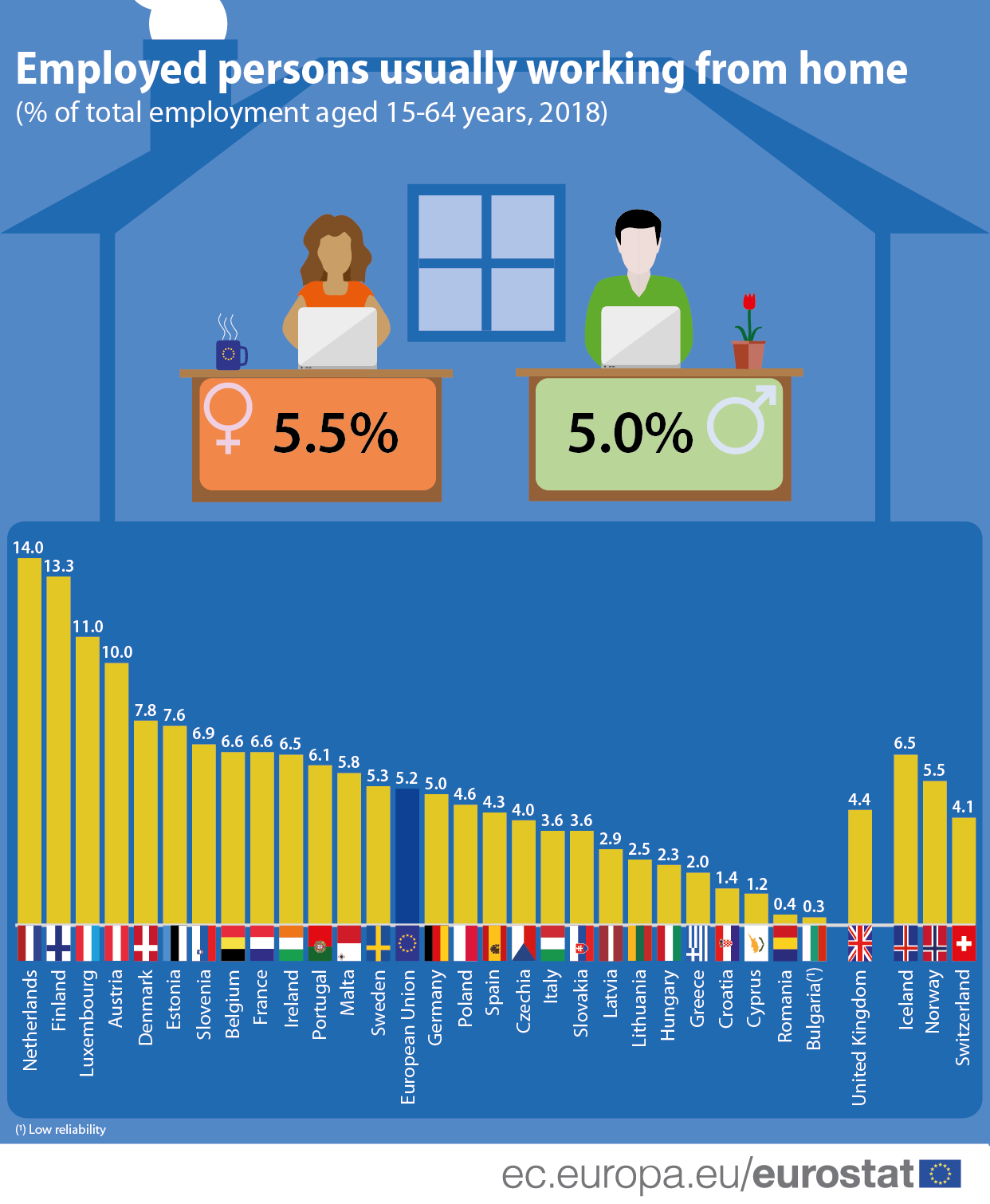